5 Simple Steps on How to be Funny

How Did a Serious Analyst End on The Daily Show with Trevor Noah? 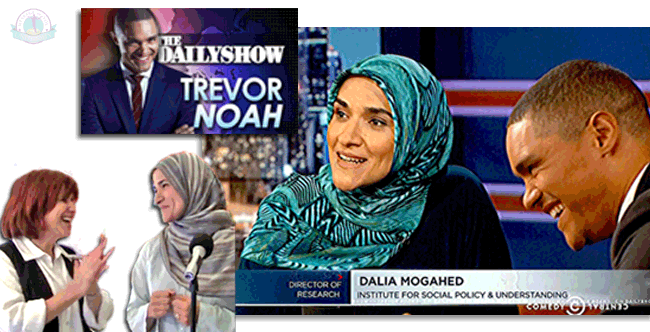 TV needs experts. But, there is nothing duller than a serious expert espousing boring data. Whether you are a therapist, a scientist, or a researcher, you could benefit by being funnier.

When Dalia Mogahed, a research analyst on Muslim issues, came to me for coaching, she was seriously humor impaired. She had an important message about Islamophobia but her speech with charts and graphs was putting audiences to sleep.

She came to me for coaching where I taught her 5 Simple Steps to Getting Laughs.

Her next speech was a hit and because she could speak about a serious topic with humor, she then got invited to be on The Daily Show with Trevor Noah.

We continued working together getting her message and laughs ready for her national TV appearance.

Her appearance on The Daily Show with Trevor Noah was a hit and since then has gone viral topping even Lady Gaga. 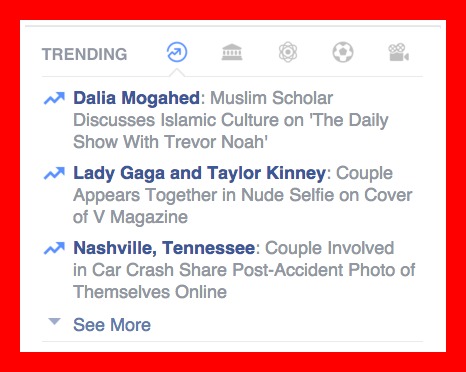 Watch her appearance here and see if you can identify the comedy techniques we used.

5 Tips to Get Laughs:

How to Get Laughs Tip #1: Orchestrate a Laugh with Your Hands

After a joke, don’t step on your laugh, but rather force a reaction by sticking your hands out towards the audience, nodding your head, as if to say, “Am I right?” “Don’t you know it?” Smack! 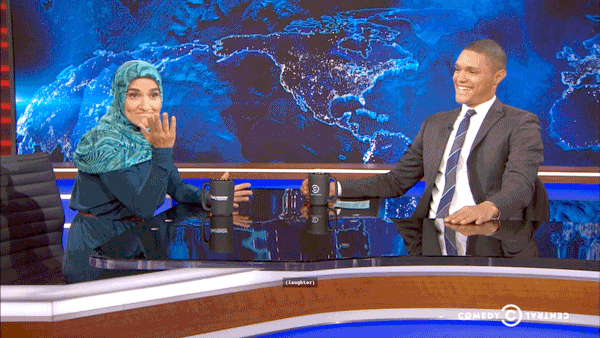 How to Get Laughs Tip #2: Have a Serious Setup and then a Turn

You’ll get more laughs being serious and then surprising the audience with an unexpected turn. When coaching Dalia for her TV appearance I wanted her to get a laugh right at the beginning. So, when Trevor said, “Welcome to the show.” Dalia said, “I’m so excited to be here, I’m a big fan of yours… But I’m also just as excited anytime I clear security and arrive anywhere I travel.” Bam!

How to Get Laughs Tip #3: After you Establish your Credibility, Don’t be Afraid to Shock

Shock doesn’t have to be sexual, but rather something unexpected. If you are uncomfortable saying something shocking, you can always attribute it to another person so it doesn’t diminish your credibility. When Dalia Mogahed said in her speech, “I have to tell you that this is my first time putting some humor into my talk. I was really nervous ’cause I’m a researcher… I get paid to be serious. So I asked my friend, comedian Judy Carter,  ‘Judy, what if I tell a joke and nobody laughs?’ And she said, ‘Well, it’s not like it’ll be the first time they see a Muslim bomb.’” She got the laugh, and I got the credit. WooHoo!

How to Get Laughs Tip #4. The Holy Grail Of Comedy – The Act-Out

Instead of talking about someone or something, you perform it — you become the people and things you mention in your story.  For instance, this is an example of an Act-Out from comic Wanda Sykes’ act:

“I was hanging out with my little nephew, and the kid – he had a helmet, shoulder pads, knee pads, some shin guards, gloves. And he’s saying, ‘I’m going to ride my bike.’ I’m like, ‘Where – through a mine field?’ Bling!!

How to Get Laughs Tip #5: Make Fun of Yourself
Joking about something obvious about your appearance is a great way to get laughs. Since Dalia Mogahed is a Muslim who wears a hijab, when Trevor Noah asked her why she wore a head covering, she slowly and seriously setup the joke by beginning, “The main reason [Muslim women] dress this way is because I never have to have a bad hair day.” And The Daily Show audience went crazy. Shaboom!

Dalia Mogahed has now been invited to do a TED talk.

Want to improve your speaking skills?

Join The Message of You University

Work with Judy on Your Message! View free step-by-step videos at https://www.themessageofyou.com