About Bill Cosby: Why Did the Women Wait So Long? 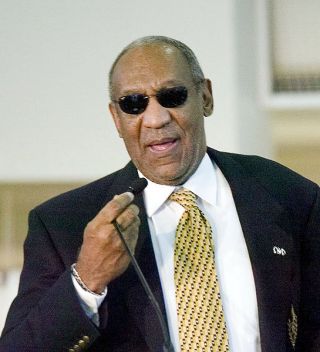 A woman sitting next to me on a plane questioned the truthfulness of the women accusing Cosby of rape. “After all,” my seatmate asked, “why did these women wait so long to come forward?”

I understand why. Back in 1970’s, when I was a USC drama student, I wrote a letter to the school newspaper, criticizing the sexism in the drama department. Dean Segal, then Dean of the Drama Department, called me into his office and SLAPPED me, KNOCKING me down to the floor. Towering over me, he yelled, “How dare you criticize the department.”

I didn’t report him. Things were different in 1972. As a woman, I felt powerless. And… if just writing a letter was met with physical violence, you put yourself at great risk by going public. Dean Segal was thought to be a kind man, quick with a funny joke. It would have been my word against his. I did nothing. I said nothing.

Last night CNN aired a show with Don Lemon interviewing five of the twenty women who have reported being raped by Bill Cosby. Former Playmate Victoria Valentino claimed he drugged and raped her in 1970 at the Playboy Mansion. She was afraid to report it because he was best friends with Hugh Hefner. Not only wasn’t she likely to be believed, but she was sure to lose her job. Some, thinking she was the only one he had allegedly attacked, feared that the he said/she said would go in the favor of this beloved, folksy star. They worried that by remaining silent, they were making it possible for other women to be victimized. All reported avoiding seeing him on TV and only looked at pictures of him hanging on a wall when asked which face reminded them of Cosby at the time he’d allegedly drugged and attacked her. “Alleged” always modifies the crime because these women never had a chance to be heard in a courtroom.

It’s hard for many to reconcile that this talented funny man, Bill Cosby, who played a warm, fuzzy father figure, could repeatedly take unfair advantage of women. Those women who had the courage to lodge accusations against him didn’t get the proper media attention or legal support they deserved. Learning how many other women were allegedly assaulted by Cosby prompted empowered more women to step forward recently. Instead of faulting women who were silenced by fear, let’s be GRATEFUL that women are speaking up. And let’s understand why they didn’t do so until now.