Are Comedians More Depressed than Others?

Is Laughing a Cover-up? 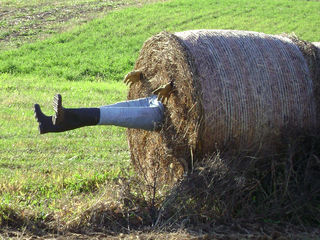 Depression hit me and hit me hard, which made my job as a motivational humorist difficult. I tried to overcome it by doing the normal things: exercising, socializing, eating and staring vacantly at the walls, pretending it was meditation. Nothing worked.

It took me a few months, but I got over it and am now sharing some of what I went through and learned. Please note that this is a personal blog as I’m not in the medical field. All I know about medicine is what I’ve learned from “Grey’s Anatomy.” It’s a TV show, not a med school. I understand that there are people who have life long depressions and don’t expect that my experiences will be helpful to everyone.

This wasn’t my first bout with depression. But in the past, the unwelcome visitor would leave in a matter of week. This time was worse. It was like having an internal heckler. And though I’ve crushed hostile people when headlining as a comic, I didn’t have the energy to find sharp comebacks.

Onstage last week, making people laugh doing a corporate gig, I felt almost fraudulent saying, “Yes! You can turn problems into punch lines. Whoo-Hoo!”  My negativity was telling me, “BS! You can’t laugh me away.”

I’ve always agreed with what Charlie Chaplin said: “To truly laugh, you must be able to take your pain and play with it.” I wondered if maybe I have been using comedy to avoid deep-seated issues that now have splattered on the windshield of my life. When I was able to joke about painful things, I felt I’d conquered my demons. However bad something was, I saw it as material. I had a horrible breakup AND I had comedy gold.  And when I made an audience laugh about something that hurt, the hurt went away.

No big shock to hear about comics being depressed. After Robin Williams’ suicide, John Belushi’s overdoses or Richard Jennings’ suicide, there were people who couldn’t believe it and said, “But, they were SO funny!” Comics, however, understood. We know that the funniest people are surrounded by darkness. The deeper the black hole, the more humor you need to dig yourself out of it. Comedy and tragedy are a team. When Stephen Colbert was 10, his dad and two brothers died in a plane crash. Tina Fey’s face was slashed by a stranger when she was little.

Is depression a necessity to be funny?

Patton Oswalt said, “I’m married, and there’s nothing worse for a comedian’s career than happiness. Regular sex and fulfilled needs – I just can’t be funny anymore.”

But, like a virus that has mutated to become impervious to the latest antibiotic, my depression became unshakable, letting me know, “Joke all you want – I’m not going anywhere.”

I tried working harder, writing and recording —  ironically — an interactive online comedy course with formulas showing how to get laughs.  I’ve been good at finding techniques to teach comedy. But it was harder to come up with a way of getting out of a depression.

In my research I stumbled upon something that helped. A friend told me there are 4 quadrants to our lives, and they all need to be balanced. They are:

For me, the proportions were:

It was time for a life redesign. I went about changing my priorities. To fulfill “Community,” I volunteered to work for Meals on Wheels. I was shocked by what I discovered. Stay tuned to read my adventures as I made my way out of a depression. That’s right! I’m now feeling so much better that this is going to be a 4 parter.