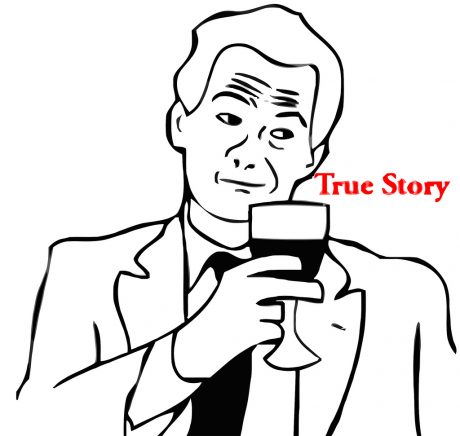 A first date is where we all learn to turn our life story into an elevator speech. What we’ve said over fried calamari is our essential life message, what I call The Message of You™. Though we may not recognize what drives us, that message shapes our relationships, career path (crooked or not) and all the decisions we make.

For too many of us our essential life message remains invisible until our funeral, when family and friends reminisce about us. My occupation (and preoccupation) is to help others plug into their message while they are alive. I want them to dig in and understand their circumstances and how they’ve used them. By becoming aware, they can then use their stories to inspire others, whether at work, in a motivational speech, or even at the dinner table.

Most people seem to focus more on what goes wrong in their life history than what goes right. So often they are shocked to discover they even have a message. Almost all those I coach don’t appreciate their own coping mechanisms and strengths. Recognizing that they’ve turned messes into successes gives them an understanding of their purpose and new confidence.

I live for the “eureka” moment when a client discovers his or her essential story. It’s an extraordinarily meaningful rite of passage, moving from “duh” to “adult.” Uncovering your journey from mess to success is your essential life story.

When I coach people to find their message, I don’t start with their life story. We start by looking over the everyday stories, the ones we may not see as significant. I ask, “What happened today that upset you?” I hear about problems at work, arguing with children, the dry cleaner ruining a favorite dress, freeway traffic.

As they are feeling the aggravation of their day, I ask, “What’s the first thing that pops into your mind about your childhood?”

As I empathetically connect with the person I’m coaching, I can generally tell if the memory is the one loaded with the DNA of their message. Each particular message is a product of the painful moments of childhood, those we tend to bury because they’re still painful. That’s why I’m often told, “I can’t think of anything. I had a happy childhood.”

It’s extremely unlikely for anyone to get through the early years without being bruised. We all had to contend with parents, siblings and other relatives, teachers, bullies, betrayals by friends, not being picked for a sports team, sicknesses, what we see in the mirror, which creates humiliation, shame, disappointments and a sense of inadequacy.

We’re on the way to success when the person I’m coaching hits on that childhood defining event. That helps us understand why they get angry, depressed or chose their career. We redefine their history. It’s not just a succession of random events, but a series of attempts to heal. Children feel powerless. That’s why we all strive to find out strengths. We hope to correct what happened. Children raised in chaos become organizers. Those who were ignored often choose to perform. A history of poverty creates financial wizards. Our successes are rooted in messes.  A few examples:

Kimberly grew terribly agitated after losing too much in a Vegas casino. Questioning what she felt was an overreaction, she remembered at 8 years old feeling disadvantaged growing up in the segregated South as a black girl. She recalled being called the “N” word and looking up to see the Confederate Flag flying over the South Carolina Capital Building. To her the Confederate Flag said, “You will never be a winner.” It was an eye-opener to her to see that the theme of all the speeches she’s written for Toastmasters were about “Overcoming Obstacles.” She just called me that she’s been accepted to do a TED Talk on the topic of “Winning against all odds.”

A 70 year-old Balinese man told me he was distraught when he forgot to thank one of his colleagues at his retirement dinner. That led to a childhood moment right after World War II, when his mother and sister had nothing but a small piece of parachute material that his mother used to sew pants for him. Sixty years later, he flashed back to the sadness he’d felt at the sadness in his sister’s eyes caused by his mother choosing him over her. He attributed that to his dedicating his life to the message of inclusiveness, which explained why he was so disturbed by his overlooking the colleague.

When coaching speakers, especially those giving a TED talk, I find that their message is often one that they need to hear. Dr. Reiger, a Harvard psychiatrist, is involved in documenting spontaneous remissions. When he first came for coaching, his talk was all data, with none of his personal life experiences. Digging into his childhood, I discovered that he was raised Amish. In that world, beliefs were based on leaps of faith; studying science was forbidden.  His Eureka Moment was understanding his passion for documenting spiritual healings, even though it caused him to risk losing credibility in the science community.  Telling his story in a TEDx Talk connected him emotionally to the audience, and now a major publisher has now offered him a book deal.

Our message connects us to others. They need to hear it and so do we. It affirms that we need not remain victims and, in fact, recognizing our impotence is the first step in finding our power. The process allows us to embrace the childhood experiences we resented. Healing comes from telling our story and its lessons. We are all surprised – and rewarded – to find that exposing what we’d considered our failures attracts people to us. And it’s the message we share that heals us all. Speakers only speak about what they need to hear.